ART DECO ON THE TUBE

As the days are getting lighter and brighter I decided to wake the Sunday Excursion up from hibernation.
The first day out was inspired by a delightful little exhibition at The Victoria and Albert Museum called Underground Journeys. This exhibition charted though plans,drawings and photographs,  the modernisation of the London Underground by architect Charles Holden during the 1930's.
Some of his stations from this period can still be seen along the outer reaches of the Piccadilly Line. From Bounds Green to Cockfosters in the North [be sure not to miss the circular spaceship that is Southgate]and from Acton Town going West [Park Royal is the one to see, and opposite Rayners Lane is another wonderful Deco building with a parade of shops and a beautiful 30's cinema]. 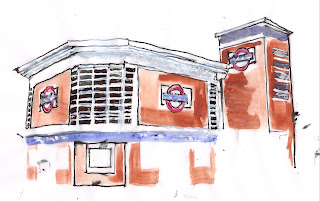 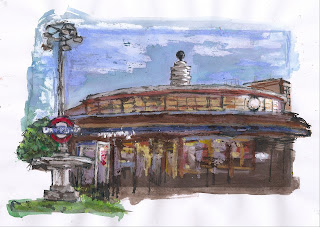 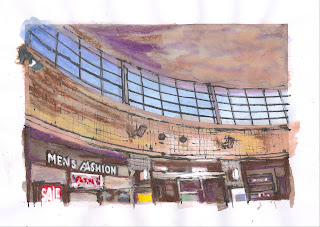 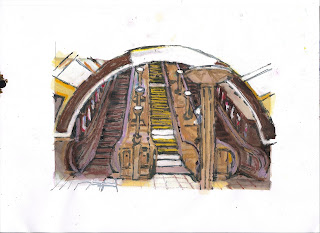 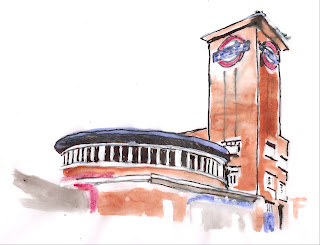 As someone who only uses the Tube when I need to get from A to B quickly [I prefer to meander on a bus] it was quite novel to see it's network as something to look at in it's own right.
I've long been aware of some of the great design that London Transport has commissioned, especially the moquette seating fabrics. My favorites are those designed by Enid Marx and Marion Dorn again from the 30's. 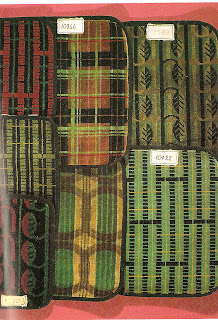 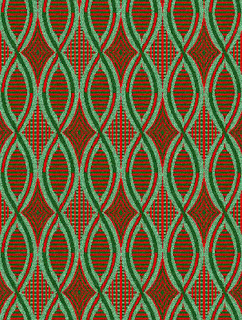 Moquettes by left,Enid Marx, and,right,Marion Dorn.You can see more examples of these textiles at the London Transport Museum and shop
Enid Marx and Marion Dorn were just two of those visionary female designers of the 20th century. Enid went from the Royal College of Art to work for print designers Barron and Larcher in 1925. Two years later she had set up her own studio, a converted cow shed in Hampstead, where she produced her own designs that were sold though The Little Gallery. She continued to work freelance,and during the 2nd World War was appointed as one of the main designers for the Utility Design Panel.Her output also included book covers, posters, and two books written with Margaret Lambert on English folk and popular art. 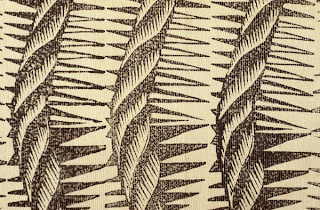 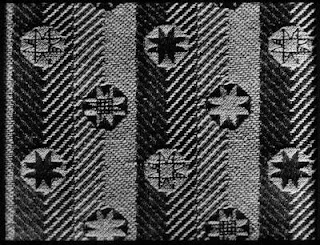 Two designs by Enid Marx. The bottom one was for the
Utility Design Panel.


Marion Dorn, a beautiful, rather racy American,started designing when she left Stanford University in 1916. Her journey to Britain took in New York and Paris where she fell in love with the artist Edward McKnight Kauffer who left his wife and child to be with her.
Once in London Marion used her great talent, charm and Kauffers connections, which included T.S.Eliot, to establish herself as a prominent designer. Her client list included Warner & Sons, Fortnum and Mason, The Edinburgh Weavers, and Wilton Royal.
In 1940 the couple sailed back to America due to the war. They both found it hard to recapture the acclaim and success they had gained in London. Kauffer  suffered a breakdown and died in  1954, a hapless alcoholic.Marion continued to freelance, designing for Jofa and Katzenbach & Warren. She retired to Morocco in 1962, and died in 1964
Her output included designs for printed and woven textiles,and wallpaper, but it is her modernist, abstract deco rugs and carpets that she designed for Wilton Royal that really stand out.Two good examples can be seen at Eltham Palace and The Midland Hotel, Morecambe. 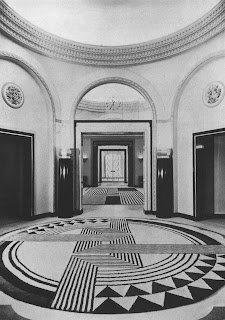 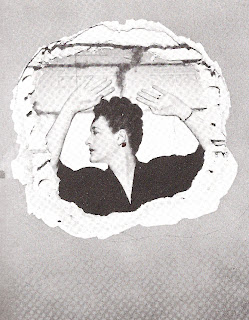 Posted by Jessica Light at 17:59 No comments:

Jessica Light Trims and Tassels are now available to order from Dorothy Wightman Interior Design and Fine Furnishings. She has swatch books of all our current collections.
Dorothy, based in the beautiful Lake District, is a highly respected and experienced interior designer. She has top end clients here in the U.K and internationally, and she also sources fine furnishings and interior products.
Posted by Jessica Light at 18:42 No comments: