.... apart from a good rest, which I won't get because the only candle we'll be burning at both ends this Christmas will be in the workshop on production... is that for 2013 to carry on in the same vein as the latter half of 2012.
It seems a rocket has gone off at Jessica Light Trims and Tassels and hurtled us into a stratosphere of order after order after order. Hurrah.
Our diffusion range, available on Jessica Light Shop, has been a cosmic success with weekly sales. In fact we haven't been able to make them fast enough and our passementerie jewels have been orbiting the globe. From Aus to US, Ireland to Holland, all over the UK, hotels to homes are have been invaded by bright, bouncy aliens of the tasseltastic species. 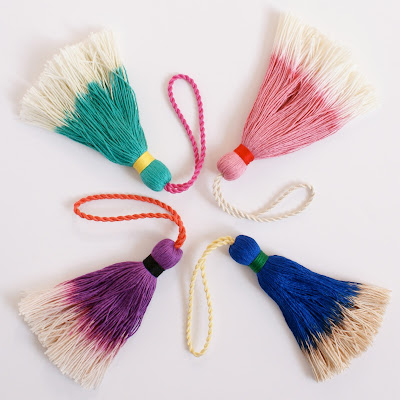 The bespoke side is also flourishing and one's weavers thighs have had a wonderful work out this year with a plethora of orders from new and old clients. The Old Codger and I wove until exhaustion and very nearly came to blows, and could have done with some loom counseling, but we treadled our way though the meteor shower. 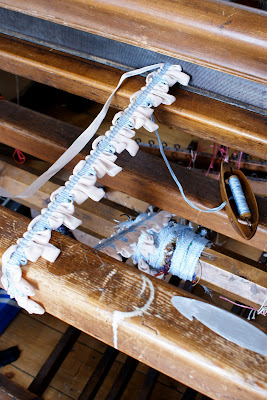 A bespoke trim being woven. 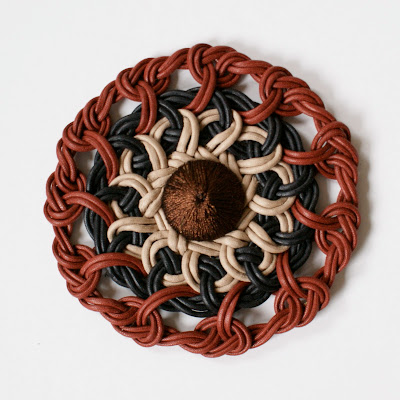 Going into 2013, an order for 24 bespoke rosettes for a dining room in Palm Beach, Florida

Out and about I did a live weave at The Cottage Project pop up space in The New Balance Olympic hospitality suite at the top of The Millbank Tower. With it's beautiful 260 views of London I insisted on pointing out the hospital I was born in to anyone who came within a 20m radius of me 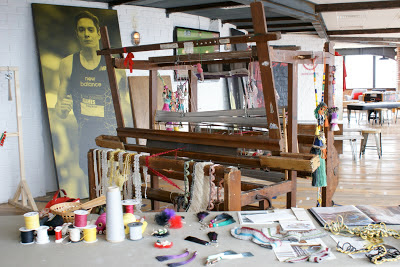 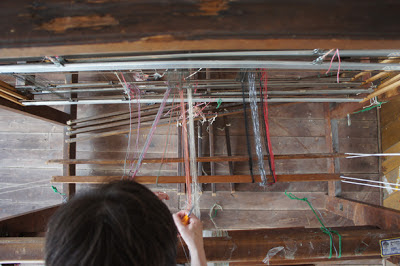 Above, dressing the loom.
Below, weaving.
Both images copyright The Cottage Project 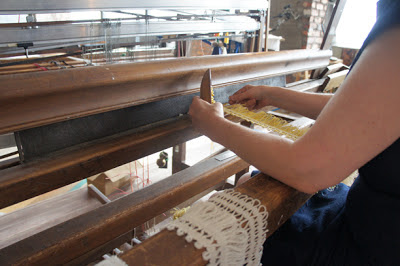 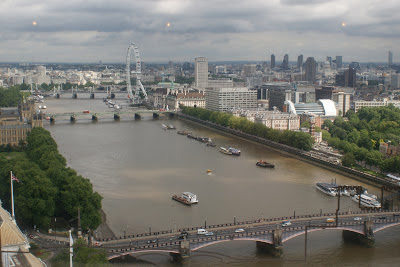 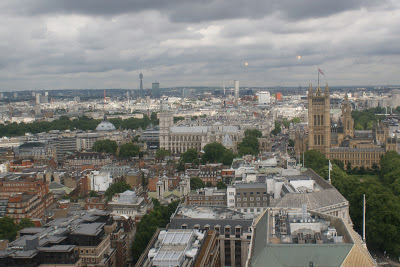 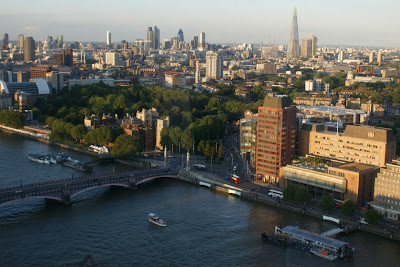 We also showed independently during The London Design Festival collaborating with Precious McBane on Gone to Earth. We presented two new collections in an interior instillation which featured The Tassily chair. 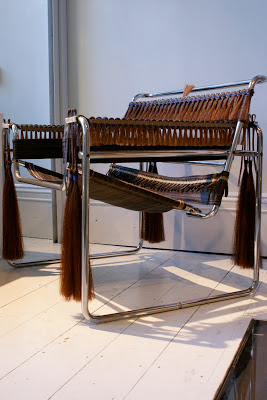 Looking ahead through the fringe of Christmas future to 2013 we see on the horizon an exciting product launch for a major retailer in February, the unveiling of a second diffusion range in late spring and many more trimalicious comets taking off from the Urban Croft and swooshing through the sky to the outer reaches of the Universe. The futures bright- The futures green. 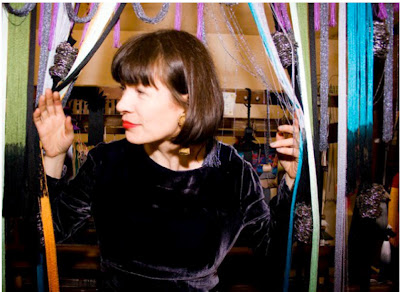 Posted by Jessica Light at 16:53 No comments: