The Fan Museum, nestled away in an elegant Georgian House in Greenwich is one of London's sparkling gems. Owned by Helene Alexander MBE, this unique gallery boasts a collection of 1000's of fans. The ground floor is home to a small display charting their history, and methods and materials of a fan's make up. Upstairs holds temporary exhibitions, usually with a theme. The fan has a lure and a language that transcends it's function and that is what, for me, makes them so fascinating.
Sylvain Le Guen is a contemporary fan designer par excellence, and this collection of exquisite and creative fans is one of the most inspiring exhibitions I've seen this year. The level of craftsmanship is breathtaking, as is the use of both traditional and unusual materials. They range from the delicate fragility of hand-made lace, organdie, feathers and paper to the downright fetishistic of laced red leather and steel staves. The perfection of design of each piece makes one dumb with awe. 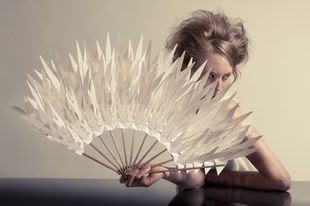 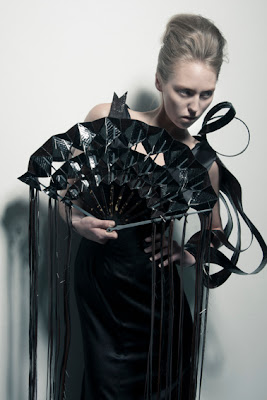 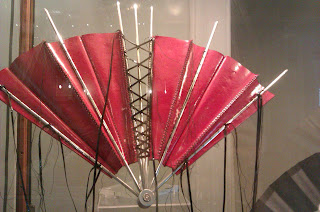 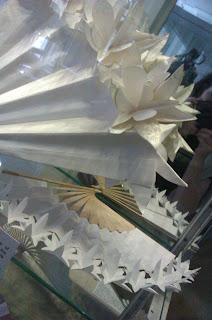 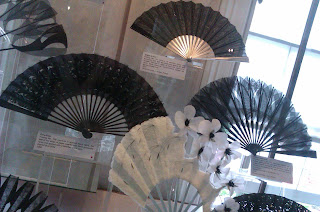 These pictures don't do the fans justice and they really need to be seen in the flesh.
Once you,ve fanned your senses go and fan your thirst with a cup of tea in the museums orangery that looks out on a secret Japanese style garden.
Also worth a perusal while in Greenwich is the William Hodges room in the Queen's House. Hodges was the artist on Captain Cooks 2nd Pacific voyage. His beautiful paintings, with their flashes of light cutting though crashing seas and mysterious lands,really convey the wonderment of this part of the world; and, like Le Guen, the level of technique just adds to drama. 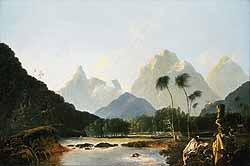 Tahiti Revisited 1776
The Pacific is my favorite ocean. Beneath it's outstanding and idyllic beauty there seems to lie a dark seething underbelly. It's like meeting someone who hides a treacherous nature behind a dazzling smile. I particularly felt this in Fiji where, despite   white sand and bowing palms, there existed a tight tension between the native Fijians and an Indian population brought in by the British to work on the plantations.
The Fijians, once a proud warlike tribal people who used the ritual of cannibalism as the ultimate insult to the vanquished, seemed to have had the stuffing knocked out of them by colonialism and missionaries. Their laid back approach and use of rubber time [things happen when they happen and not to any timetable]seemed to sit oddly with their rich cultural somewhat violent history.
I may have had my judgement slightly clouded by the fact I spent all my time on Fiji in considerable physical discomfort. I burnt my stomach to crackling [I still have a faint mark after all this time]and was bitten raw by mosquitos. My only respite was to lie frozen in head to toe calamine lotion and read about Captain Cooks Pacific voyages
I read about his 3rd Voyage, aptly, in Hawaii where Cook met his violent and untimely death.
I had arrived there the day before I'd left Fiji having crossed the international date line. While my surfer friend spent his days catching waves and dodging tiger sharks, I'd idle away the hours on one of the paradise beaches with sand like sesame seeds, watching wisps of cloud in the sapphire sky float away to nothing.
At dusk my surfer friend would take me to watch the russet sun,  against a flame and lilac backdrop,  slip slowly to a deep water bed to sleep with Captain Cook, and we'd listen to the mermaids singing them lullabies. God I loved Hawaii. I didn't want to leave and sobbed on the surfer at the check-in at Honolulu Airport.
I wonder what Captain Cook,whose voyages were about discovery and science not conquest and exploitation, would think of the legacy he left. Britons greatest sailor was by all accounts a quiet gentleman who kept a clean table. He cared about the welfare of those who sailed with him and those they encountered along the way. He was a genius cartographer, and eradicated many serious diseases then associated with seafaring.
Maybe he's reading the stories of one of my favorite authors, Jack London, whose Pacific was tense, terse and full of adventurers and rogues, or about Robert louis Stevenson's revulsion of the impact of colonialism to see that, as they say -The road to Hell is paved with good intentions- 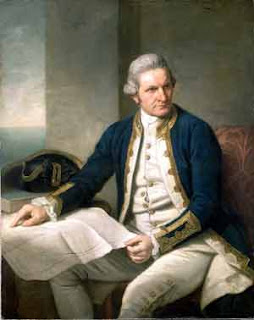 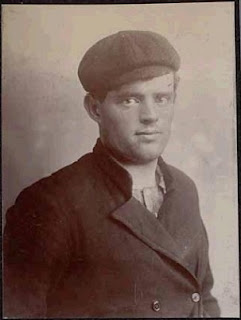 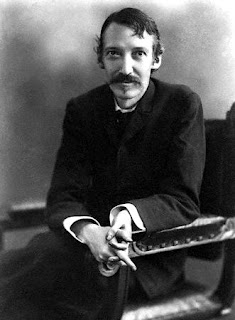 
Back to the here and now with a large bump. With only 3 1/2 weeks to go before Tent [22-25 Sept], it's time to cancel all social engagements, stop sneaking off to the cinema in the afternoon and get my head down to some serious work.
The sampling for the new collections is practically finished, mail-outs are being sent out today, and it's now about the stand and the display. 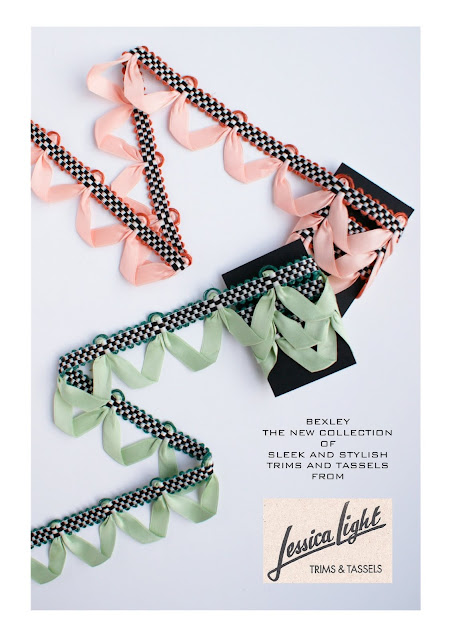 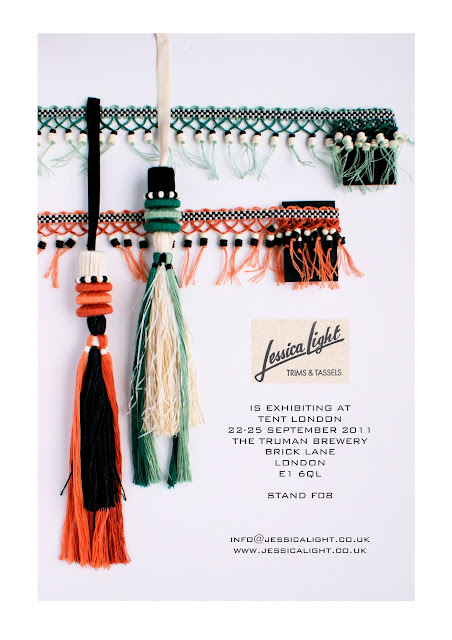