..and I'm down at the tube station at #LDF14 as Jessica Light presents ‘All Change- Tassels On The Tube’, a showcase of passementerie in the unusual venue of a unit in Old Street Station. This instillation will launch two new directional collections, Temple Gardens and Southside, which feature materials like elastic, monofilament, brass, straw, horsehair and banana fibre, as well as displaying our latest diffusion range and introducing a new colourway and tassels to our Potsdam collection.
We will also be featuring some of our collaborations with other designers such as The Tassilly Chair with Sophia Wimmpenny from Precious McBane and The Tassel Pendant from Curiousa and Curiousa. 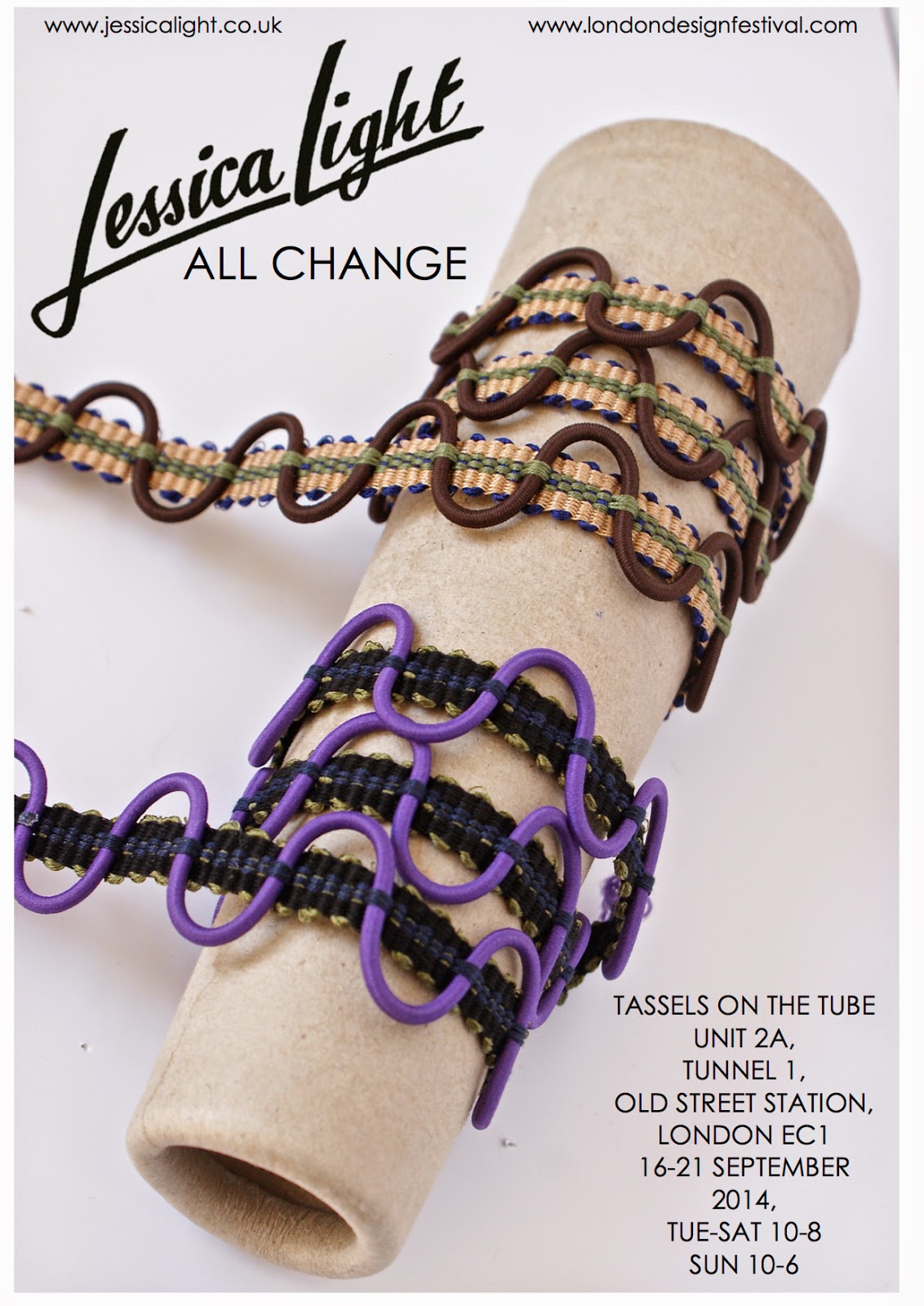 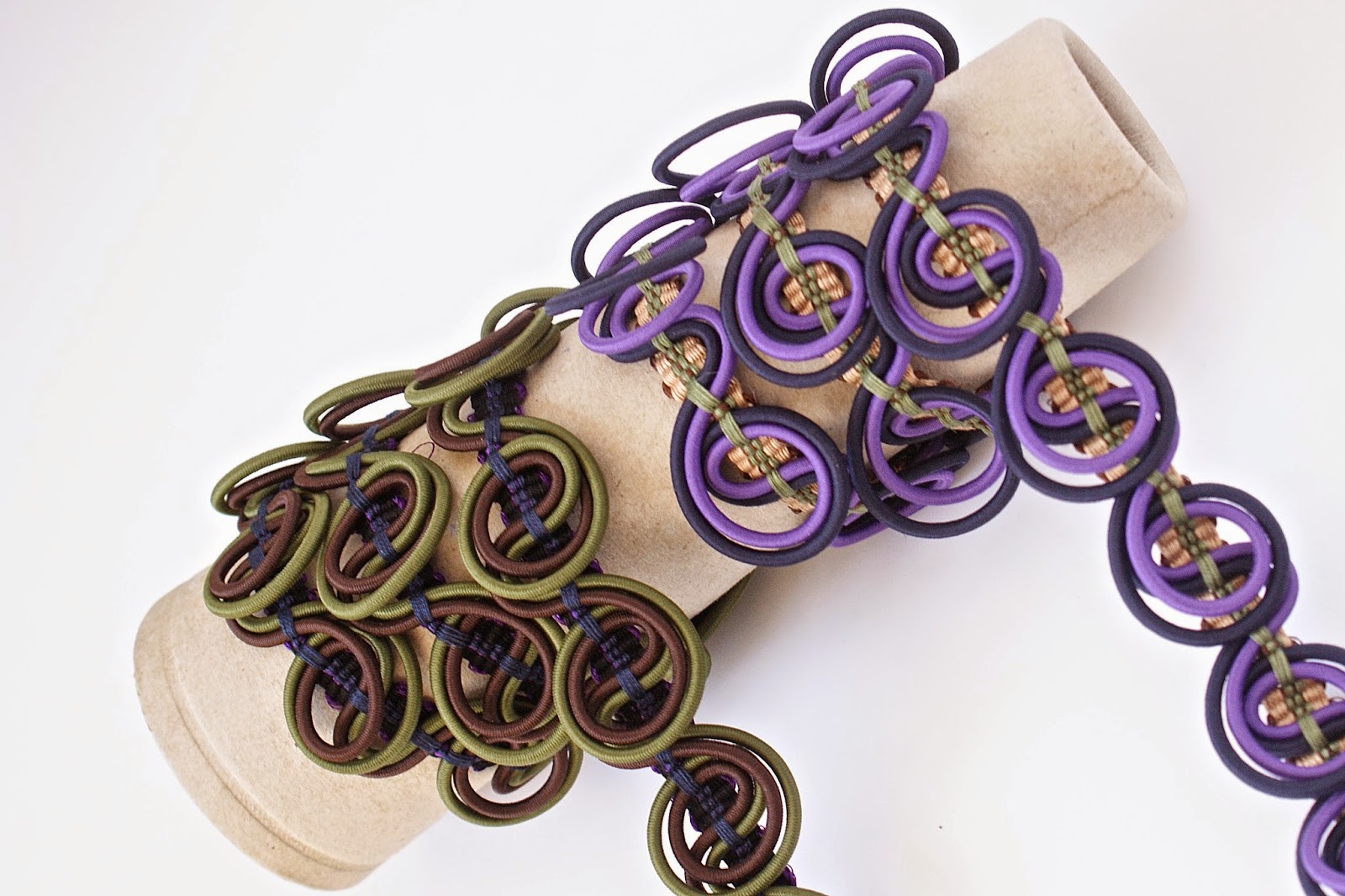 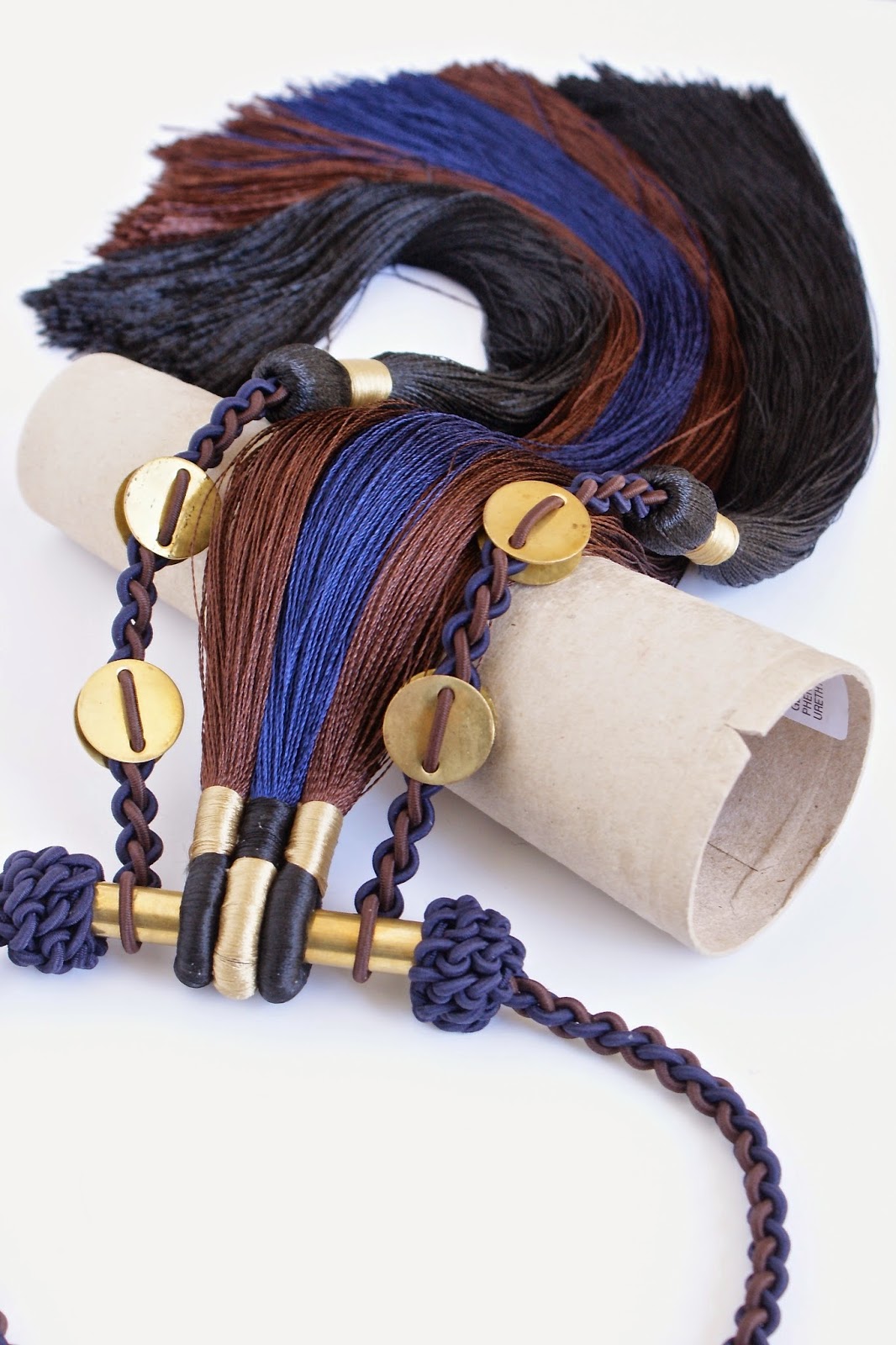 The above tieback is named after historic barrister William Garrow, who coined the phase 'Innocent until proven guilty' and is a response to the government's plans to change the legal aid system so people without means may not be able to get proper legal representation and therefore a fair trial [political passementerie? Now there's a first] 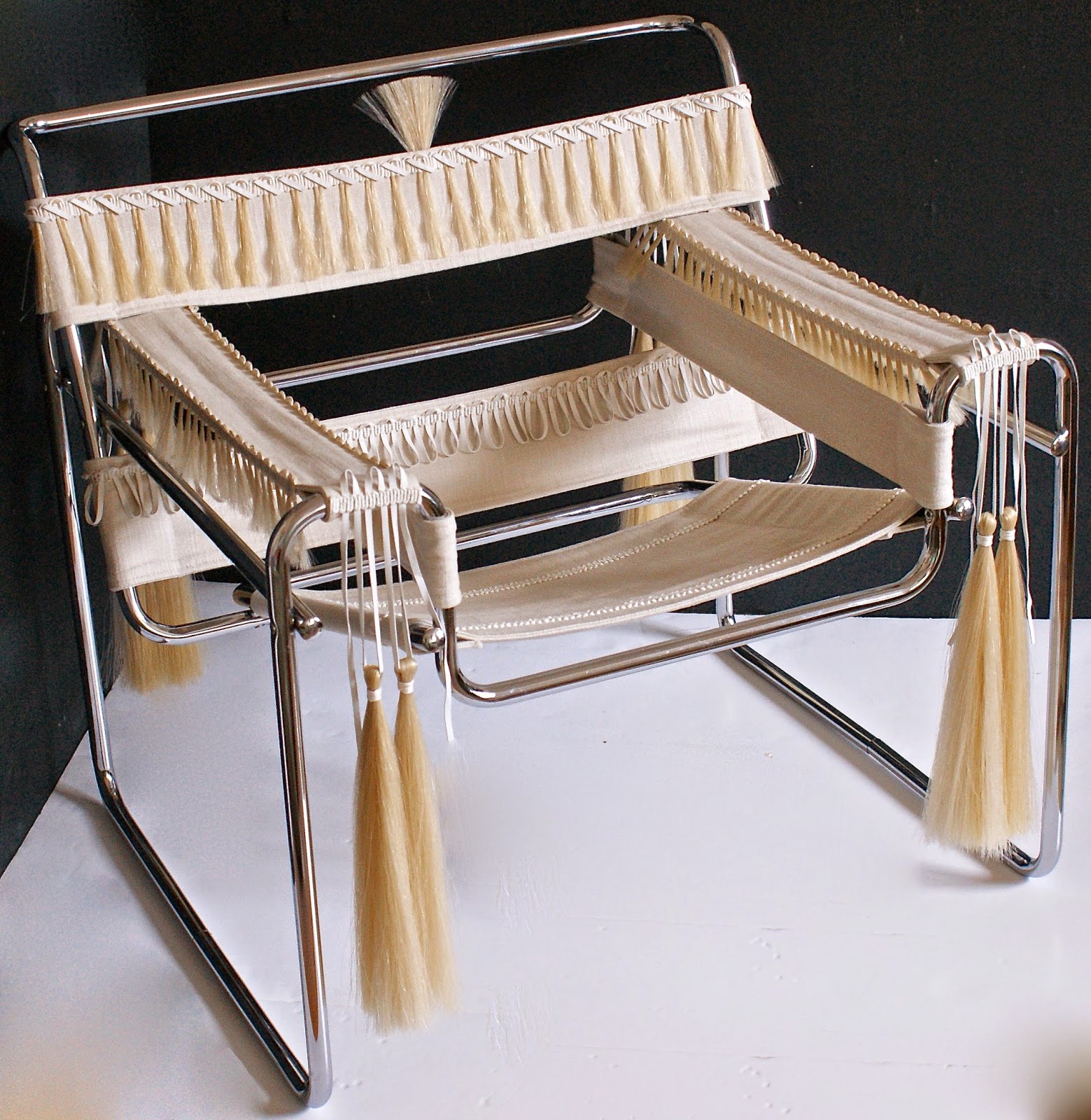 A bespoke white version of the Tassily chair, our collaboration with Precious McBane. We will be showing the original version. 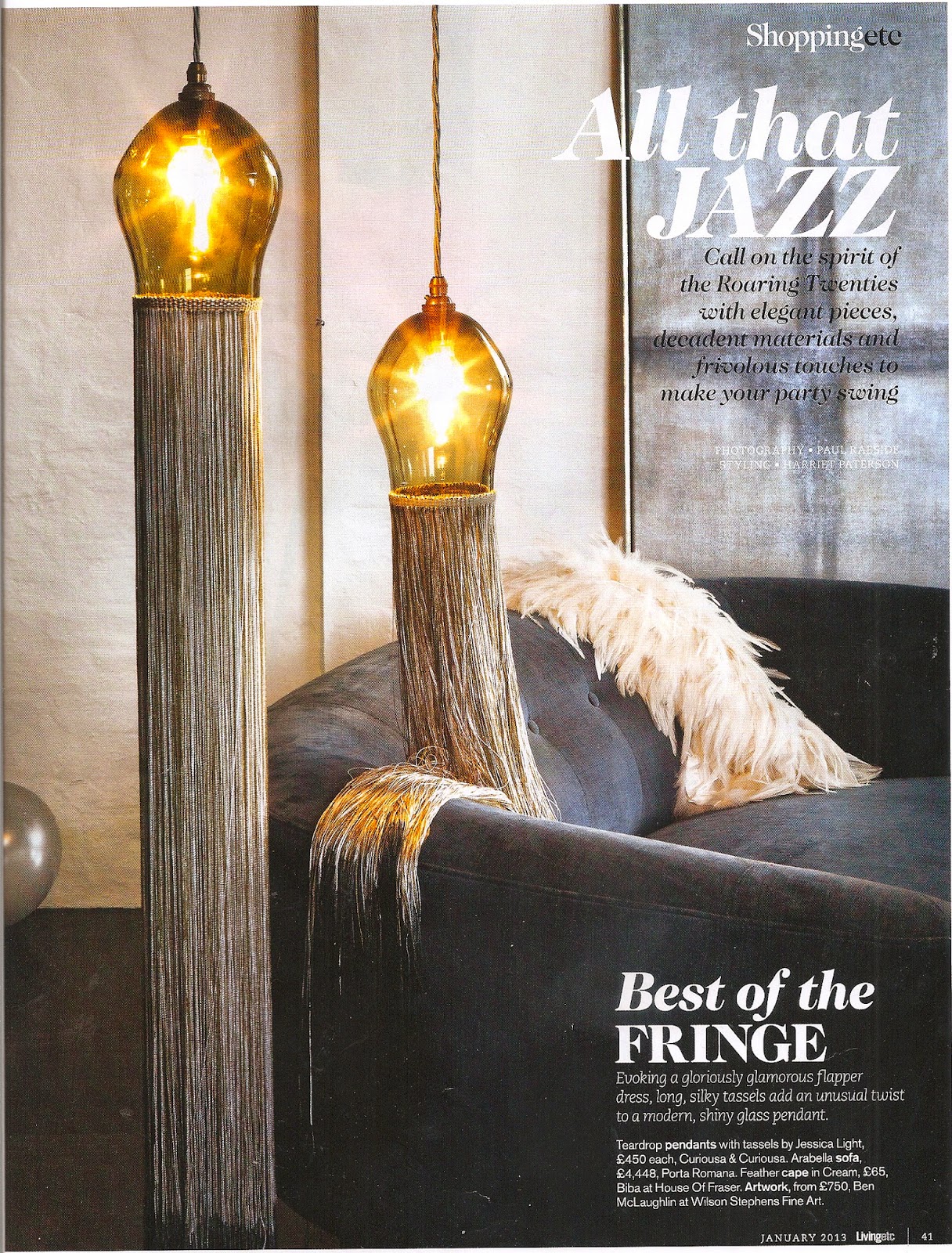 A tube station may seem the last place the place you'd expect to see passementerie, but there is method in the madness. The London Underground, since it's inception, has been a bastion of brilliant design from the magnificent moquette seating textiles to the iconic graphics of the tube map, so to stage a design show in one of it's tunnels isn't so off the random Richter scale.
I grew up on the Northern Line [or Misery Line as it was known in days of yore due to it's lack of movement in any direction], which Old Street is on. I was born off it, lived off it, went to school [or often didn't] off it. In fact from the ages of 0-25 it was my main stamping ground so it makes perfect sense to show on it. 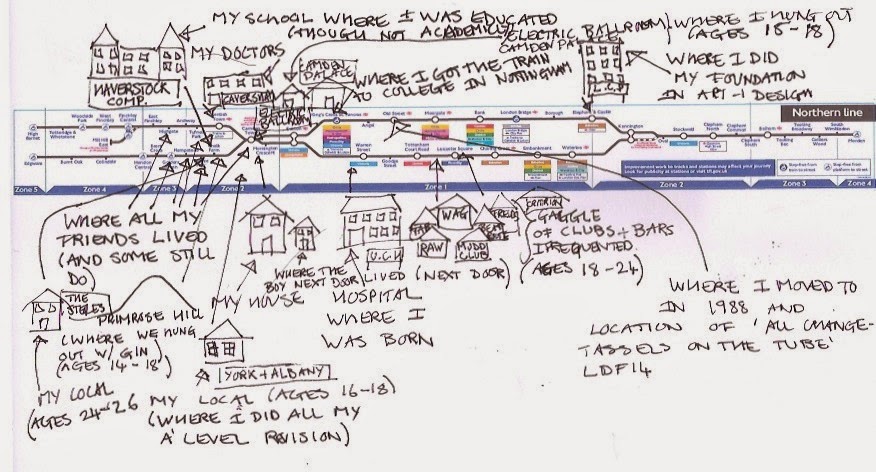 Map of my Northern Line life.

So charge you're Oyster cards and head down to Station Decoration.
All Change-Tassels On The Tube,
Unit 2A
Tunnel One,
Old Street Station.
16-21 Sept 2014
Posted by Jessica Light at 14:00 No comments: