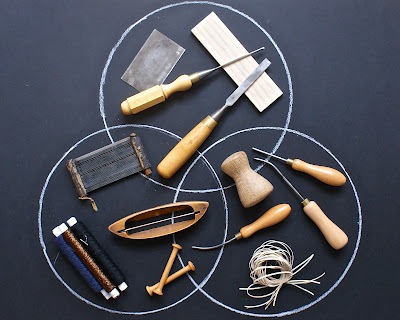 Tools of our trades

A sum of three unique specialised skill sets combine to produce Thales’ Bench, a seat to sit and contemplate. Named after the first Ancient Greek philosopher to accentuate the importance and growing luxury of quiet thought and the amount of rumination taken to bring this project to fuition. This tri-collarboration unites the talents of contemporary furniture designer and maker Liam Treanor, upholsterer and third generation chair caner Rachael South, and one of the countries last passementerie weavers Jessica light.
The result is a beautiful design-led ash bench with a hand-woven grosgrain linen braid Danish Box weave seat which will be launched at Decorex 20-23 September 2015, Syon Park, stand C46. 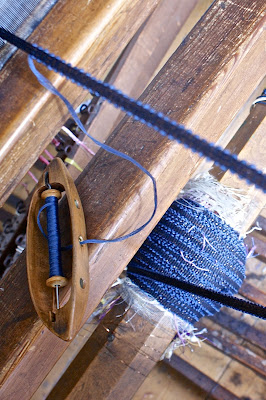 Above, braid being woven.
Below, 120m braid in waiting. 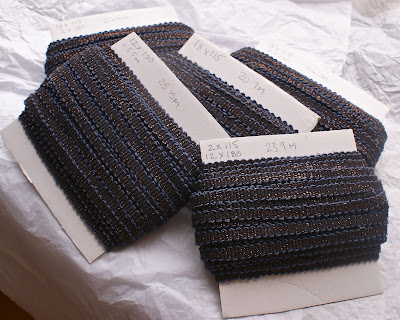 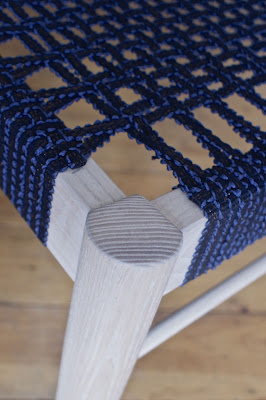 Above, detail of bench.

One of the reasons I wanted to do this project, apart from working with two very talented creatives, was to show how versatile passementerie, with a bit of vision, can be. It's not just about curtain ties and trimming cushions but can be used for many applications, the construction of furniture being just one.

25 YEARS…. VIVIENNE WESTWOOD.
You can't move for macrame at the moment, but back in the dark days of 2007-8 just the mention of the M word would bring anyone who thought they had taste out in 70's plant hanger hives. But there were whisperings of revival and, after a neighbour had given me an old book on the subject, I had begun to play with the techniques. 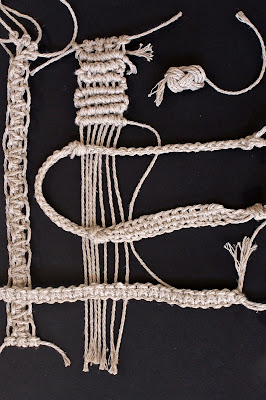 Above, some linen macrame samples 2007

Then, as if the planets had aligned, I got a call out of the blue from Laurent Rivaud, Vivienne Westwood's accesorary designer, asking if I made macrame as they were wanting to do belts and bracelets for their up-coming SS08 menswear collection.
I had meet Rivaud through jewellery designer Lesley Vik Waddell, who I had been making tassels and passmenterie for her own label collections in 2005-6. She had sent him to pick up one of her orders from the Urban Croft and he was very interested in my work.
I went on to make a collection of brightly coloured macrame accessories for the catwalk show. I loved this project for two main reasons. 1. Laurent was a pleasure to work with. He was very courteous and always knew exactly what he wanted and the best way to utilise my skills; and 2. I had become very disheartened and bored with the direction my work was going and this project brought back my spark. It led onto other things and was the twinkle in my eye to set up under my own name. 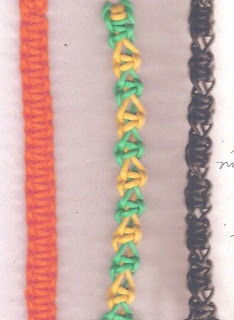 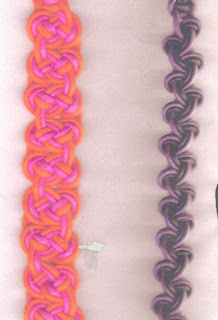 Westwood samples [unfortuately I have no catwark images]
Below, a textile sample incorporating marame for Johanne Mills shown at Indigo 2008. 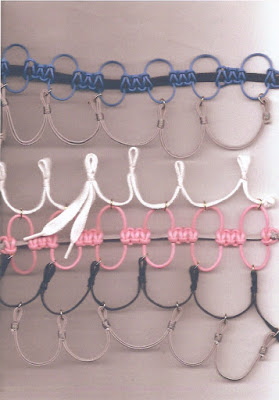 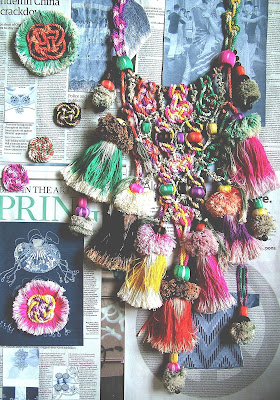 Above, our Tashkent macrame tieback from the Formosa Collection 2008
Below, our Taiwan tieback from our Formosa Diffusion range 2012. 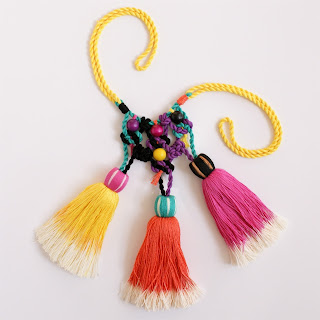 I did other work for Westwood, most notably the jewellery and belts for Westwood Red Label SS10 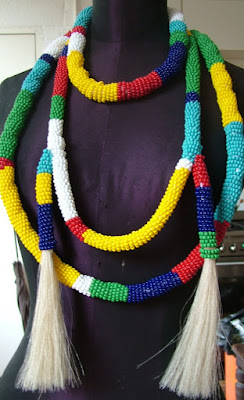 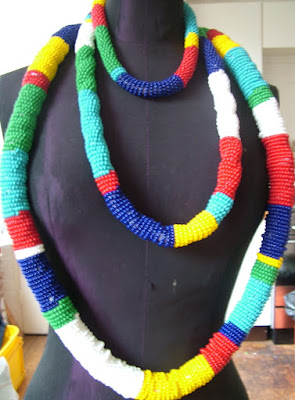 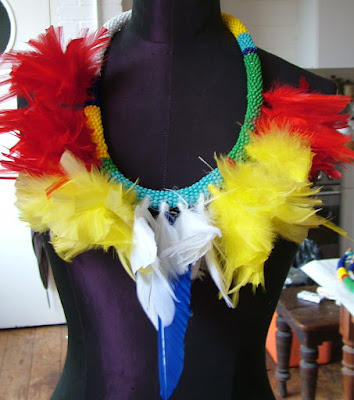 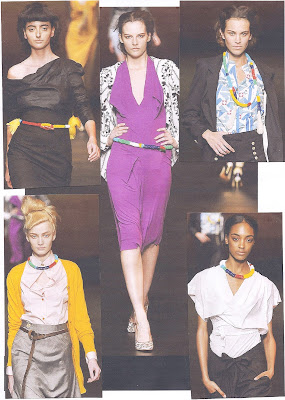 Posted by Jessica Light at 13:24 No comments: