The orders have been coming thick and fast, like planes stacking up to land at Heathrow. So much so that at one point Air Traffic Control had to resort to a stiff gin . Still as it was shaping up to being another classic British summer- wetter than water and colder than a penguins bottom- we didn't mind being stuck in the workshop.
One of our orders, for Miami based interior designer Ana B.Pila, was for herds of vibrant Tonkin and Kashgar tassels from our Formosa collection, so although it was winter outside, inside resembled a multicoloured sweatshop. 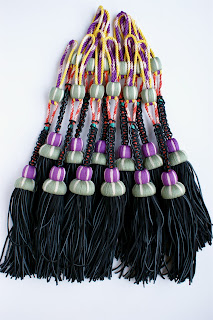 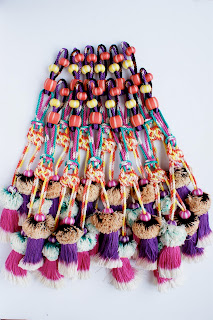 Our Kashgar and Tonkin Tassels would add a ray of sunshine to any home when it's grey and grizzly. These lucky ladies are off to strut their stuff in fabulous Florida and they won't be doing it it in wool stockings and two cardies.
It came as a welcome respite to take the day off and head out of London to the launch of Catherine Yass's new exhibition at the De La Warr Pavilion in Bexhill-on-Sea. 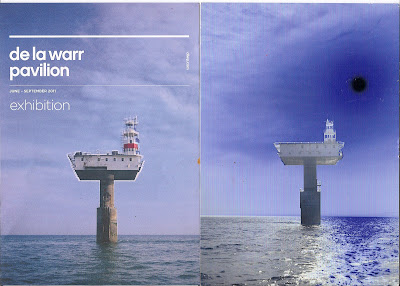 New work made especially for this exhibition is 'Lighthouse', a  film and series of photographs of the Royal Sovereign Lighthouse, five miles off the Kent Coast. This peculiar and precarious structure with no visible reason for being is perfect subject matter for Catherine's fascination with empty spaces.
Other recent work exhibited are the films 'Descent'[2002] where the viewer is slowly falling upside down to a ground level above them, and 'Lock'[2006] filmed at a giant lock on the Yangtze River, China; and the photographic works 'Sleep'[2005-8] and 'Decommissioned'[2010], using her signature method of overlaying positive and negative images onto lightboxs. The results are eerie and unsettling.
'Chemin' from the Sleep series, a ghostly landscape, instantly took me back to childhood summer holidays. Suddenly I was wandering the baked mountains of Herault in Southern France, where the sun's white light bleached all colour and the only noise breaking though the heat was the constant rasping rattle of cicadas. 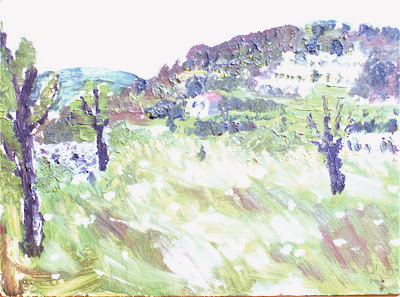 An old sketch I found from one of the last summer holidays I had in Herault when I was 17.

I've wanted to visit the De La Warr, a fantastic example of British modernist architecture since it was restored and re-opened as an arts centre in October 2005.
Opened originally in 1935 as a cutting edge entertainment and culture centre, it was the brainchild of the 9th Earl De La Warr.  'Buck', as he was known to his friends, was the then Mayor of Bexhill, a Labour Party supporter and champion of modernism.
The building was designed by two eminent architects of the day, Erich Mendelsohn and Serge Chermayeff. Mendelsohn, a jewish refugee from Hitler's Germany was known for designing the Schocken Department Store [1928]and Potsdam's Einstein Building [1921].

Left Erich and his wife, above right his surreal Einstein Building

Serge Chermayeff, who's family had moved from Russia when he'd been a small boy, was responsible for the interiors of the B.B.C Broadcasting House in Portland Place, London. He was also known as a product designer. 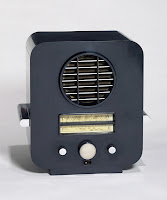 Above left Serge, and right, the Ecko Model EC74 radio he designed in 1933
After the 2nd World War, when it was closed,the pavilion carried on as a arts complex but due to lack of funds it fell into disrepair and neglect until English Heritage rescued it in 1985.
Below three images of The De La Warr. 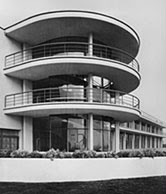 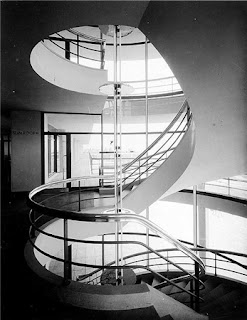 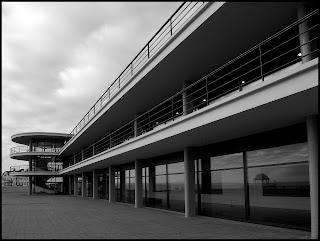 All that's missing from this striking structure are a row of our deco inspired Albers tassels from the new Bexley collection [see below] that will be launched at TentLondon in September. 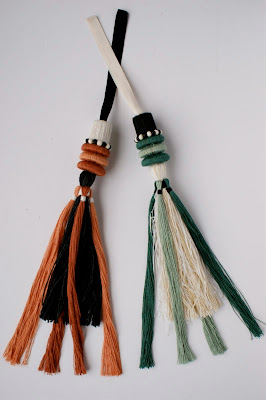